In the United States, people have become particularly good at politicizing just about everything. With fervent and seemingly unceasing determination, groups with abundant political power and social stature have effectively learned how to wield language and communication as a means to diminish or silence the voices of marginalized and underrepresented groups. Primarily, those who have suffered the most in these cases are women, LGBTQ+ people, and communities of color whose struggle is rooted in the erasure and weaponization of their identities against them.

Perpetuation of violence against these groups is often facilitated through the de-legitimization of their advocacy. Today, a source of this struggle can be found in the battle against “critical race theory” and discussions of diversity and equity in the United States of America. After a year+ of racial reckoning following the murder of George Floyd in Minneapolis, MN during which time academic institutions, businesses, and communities across the country (and globe) took steps towards teaching and learning more about racism, the weaponization of the same language which propelled the movement forward has brewed opposition from those unwilling to acknowledge the need for change.

Despite the controversy which surrounds it and fears that its inclusion in academic curricula will contribute to widespread guilt and unnecessary blame for white students, for many experts, the term “critical race theory” is an inadequate description for what could be/is being taught in American schools. First emerging in the late 1970s, critical race theory or CRT made its way into spaces of higher education at the university master’s degree level as a body of legal scholarship centered around an academic movement of civil-rights scholars who sought to critically examine U.S. law and its intersections with issues of race in the United States. The theory, during its time of introduction, intended to challenge embedded systems of racism which pervaded American culture and challenged approaches to racial justice in both academic and activist spaces; however, it was unlikely to be encountered or examined by the general public or student population even at the undergraduate level in regards to the everyday function of their lives.

Generally, especially in the case of discussion of the topic in K-12 schools, the concept remained unspoken about. However, it reemerged into the public sphere in 2020 when American conservative activist Chris Rufo said critical race theory had “pervaded every institution in the federal government” following an increased number of diversity trainings being held at major U.S. federal departments. Discourse on the issue focused on trainings that pushed white people to recognize their complicity and role in racism in America and supposedly intended to inflict guilt upon white people, according to opponents, for a country built on racism and discrimination. Around that time, President Trump issued an executive order that directly threatened the efforts to address racial disparities in the workplace, saying the purpose of the order was to “combat offensive and anti-American race and sex stereotyping.” Though the order was overturned in 2021, nationwide, legislators, voters, and activists with similar sentiments have joined the fight to combat the supposed teaching of CRT in schools. 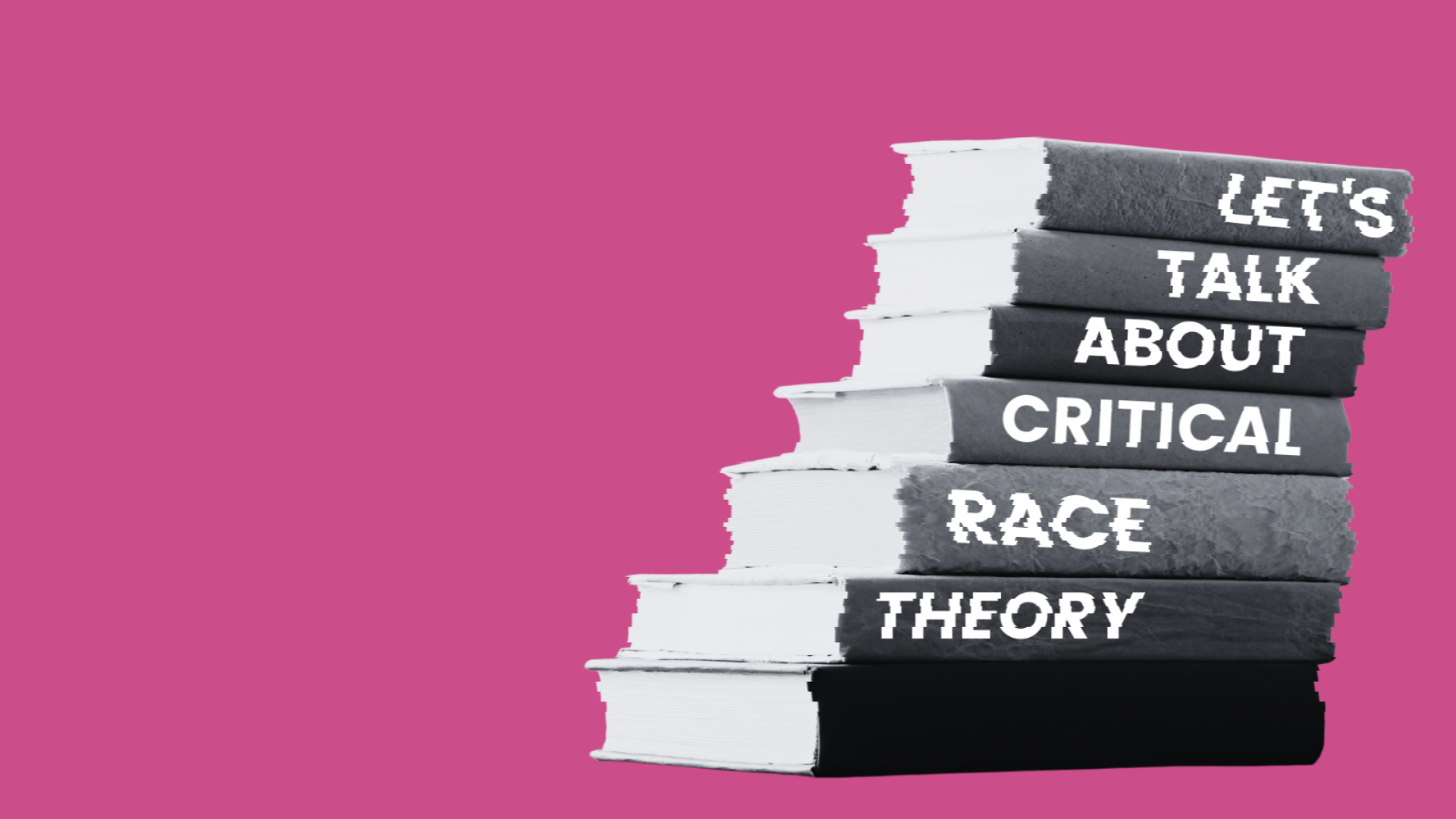 “Trapped by the language of progress and celebrating diversity we find ourselves lacking the language to confront the ongoing, persistent power of the transatlantic slave trade that began six centuries ago.”

The “language of progress” has bolstered hierarchical systems, shaping our history as an ever-flowing chain of small victories toward a more inclusive, socially awakened truth. Centuries of war, protest,famine, and rebirth have been told to us by those lucky enough survive them or smart enough to write them in their favor. The weaponization of language throughout American history in many ways is most clearly defined in instances having to do with race and attempts to amplify the voices of marginalized groups. Through the lens of racism in America and the debate on critical race theory, we are able to further analyze the variety of ways that the formulation of identity and threats to it are shaped by communication and the importance of taking ownership of a word.

Shannon Winnubst’s chapter of Philosophy for Girls, “The Ontological Crisis of the ‘Human,’” details a transformation that details this form of harm. In narrating Venus’ story and contemplating the meaning of ontological change and identity altering transformation, Winnubst discusses the consequences of the careless reaping of critical aspects of human identity such as autonomy, understanding, and self-discovery. Contrasting the experiences of the protagonist Persephone, who in the midst of her trauma and rape, finds herself at the doorstep of new opportunity and growth, Winnibust illustrates Venus’ transition from human to commerce, person to object, and analyzes how these privileges mimic the Black American experience.

“The general assumption is ‘black’ is just like ‘white’ and all the other particular identifications of ‘race’ is, I argue, part of the reason obfuscating work of ‘race’ post-transatlantic slave world. This confusion allows the fundamental logic of anti-blackness to persist” (186).

Taboo terms, slurs, and stereotypes have aided in the de-legitimization of minority groups. During the slave trade and in the early periods of American colonization, “Black” and other racial designations were used as a means to separate and create distinction between the “human” experience of white people and the subservient lives of their Black counterparts. Author Elisabeth Camp highlights this experience through an example in her Philosophy for Girls chapter where a white man calls out to a Black bystander demanding his attention by repeatedly stating “what’s your name, boy.” Camp expands upon this notion in detailing terms such as “boy” were intended to demean and belittle. For the African American man in the story, who had acquired a Ph.D. and was a practicing doctor, denial of his requests to call him by his name and acknowledge the years he had taken to achieve this designation was an overt attempt at prohibiting his claim of social stature. By establishing a social structure which thrived on maintaining hierarchical social norms, Black people, often addressed primarily through the derogatory terms of “negro” or “n*gger” struggled to socially establish themselves on the same level as their white counterparts: their naming being the first and most critical piece of their social denigration. Lacking equal access to education, economic advancement, and democratic freedom, Black individuals rarely found a means to effectively communicate their disenfranchisement. This denial of political power shaped their lived experience in the United States, and their activism often faced the same plight.

In the same way, throughout American history, actions intended to separate and place limited emphasis on the stories and experiences of Black people have continued to diminish the value of Black stories, voices, and leaders in both academic and professional settings. A clear example of this is the annually observed celebration of Black History Month, a holiday created for and by Black people and primarily celebrated in Black communities which intended to highlight critical contributions of African-American people in the United States. Despite its establishment in 1976 by President Gerald Ford, the distinction bears no tangible impact on the lives of most citizens within the country who are not required to partake in it as a part of their schooling or engage with it in social or professional settings. Social norms have encouraged and demanded that value and attention be placed on activities and issues which center whiteness, such as Columbus Day, while sidestepping milestones critical to the development of the nation. Despite the very legitimate and historical importance of the figures highlighted throughout the celebration, the lack of acknowledgement of the truth of their lived experience limits the capacity of those without direct connection to the history to embrace it. Critical race theory is a part of that narrative.

In the midst of growing controversy and fear, our nation has been called to question why, after so many decades of omission, the intricacies of racist structures have not been further explored in our academic and social spheres. When Black voices have rallied for so long to communicate their concerns, detail their abuses, and advance inclusion and racial justice efforts, why are these realities only realized in the face of murder and widespread strife? By exploring the topics of truth, identity, race, and communication, I hope to center several pieces on our nation’s unwillingness to acknowledge the history which shaped our nation’s founding and explore why that fear primarily centers on concerns that the information will taint or negatively influence the minds of younger generations.

● What is “truth” in race history and how do we come to know it?

● How does the media play a role in shaping narratives about identity and race while maintaining objectivity?

● Is there a more effective way to teach about our history which allows for correction, reevaluation, and admission of error?

● What are the most effective means of sharing the stories of marginalized and underrepresented groups and aiding them in communicating their truth? 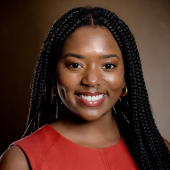 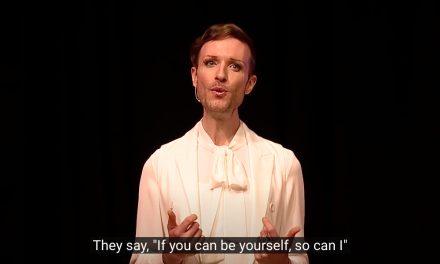 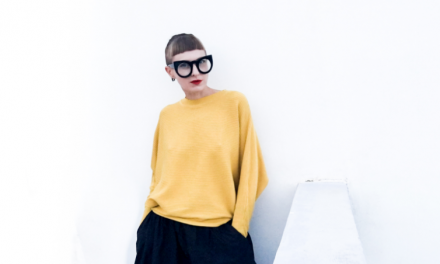 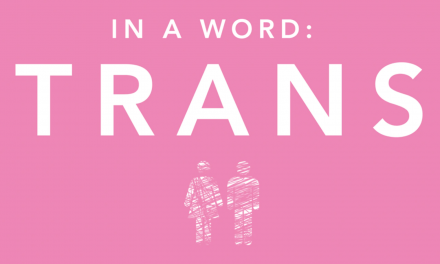 In a Word: Trans 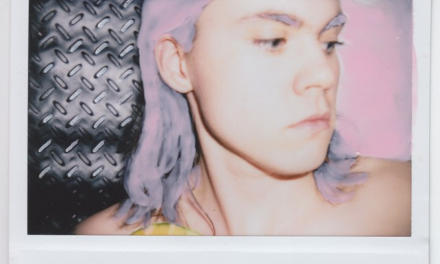