The Junkyard: A scholarly blog devoted to the study of imagination

Imagination occupies a central place in philosophy. Historically, it has played a significant role in the work of philosophers such as Aristotle, Descartes, Hume, Kant, and Sartre, and more recently, philosophers have sought to understand imagination by way of art and aesthetics, cognitive science, and epistemology.

Though there are various points of agreement about what imagination is and what it is not, no clear consensus has yet emerged on many of these questions. Amy Kind, Professor of Philosophy at Claremont McKenna College, started the Junkyard blog in 2017 to address this lack of consensus.

In addition to authoring numerous articles on imagination, she has edited The Routledge Handbook of Philosophy of Imagination and has co-edited (with Peter Kung) Knowledge Through Imagination. 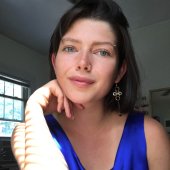 I Hotel is the unheralded document… Through the Looking Glass: How Women are Painted by Men